Your Toilet Is Running — What Gives?

One of the most frustrating things that can happen when you flush the toilet is the sound of a toilet that seemingly runs forever. You expect your toilet to make some sounds as the toilet bowl refills, but you certainly don't want to think that something else is happening. If a running toilet has got you down, this information will help you figure out what you need to do next. [Read More]

As the summer heatwaves start to tamper off, it is time to start inspecting your air conditioner. While you are still using the AC to keep your home cool, there are going to be some repairs that need to be done. You will also want to do the repairs to get ready for winter and ensure you do not have problems when winter ends. The following end-of-summer air conditioner repairs are some of the things that will need to be done before winter: [Read More]

3 Major Things To Remember When Getting A New AC Unit

If you come to find out that your AC unit keeps breaking down and the repair costs will be more than a new AC unit, you might as well find a replacement. You don't have to stress when carrying out this new AC unit installation as long as you remember these things. Take Advantage of Rebates One of the major concerns with getting a brand-new AC unit is the cost involved. [Read More]

The Top Air Conditioning Installation And The Environment Questions

What do you need to know about air conditioning installation and the environment? If you're ready to schedule this upgrade, take a look at the top questions homeowners have answered. Do Modern Air Conditioners Use CFCs? Chlorofluorocarbons (or CFCs) damage the Earth's ozone layer. Even though CFCs were widely used in AC systems in the twentieth century, you won't find them in modern air conditioners. According to the U.S. Department of Energy, the United States stopped making CFCs in 1995. [Read More] 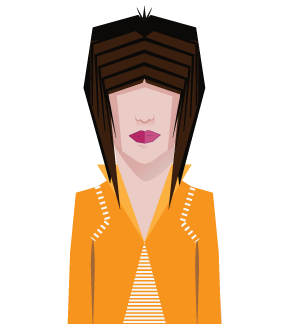 A few years ago, I realized that my air conditioner was starting to die. In addition to struggling to pump out cool air, it made a lot of noise. After calling an HVAC professional to look at my system, I realized that a lot of the problems were my fault. My air conditioner coils were clogged with dust and dirt, and the actual motor had developed some pretty serious problems. I felt really dumb about it, but I learned a lot about HVAC that summer. This blog is designed to teach you how to keep your air conditioner and furnace in tip-top condition.